The sad tales of the Wikipedia gang war regarding WUWT – ‘creepy and a little scary’?

I tried talking a bit; see an archive.

One of my comments made it through:

And so did another; and a third. But after that, things dried up, with the appallingly dangerous: 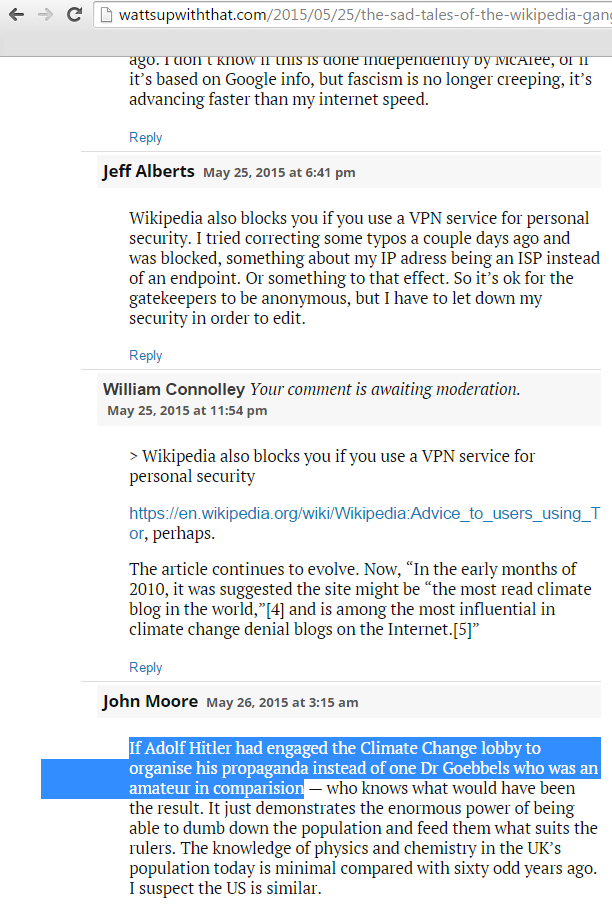 left which went unpublished so far, as well as at least one other. Well, glasnost was only going to last so long.

[Update: now published, it looks like. So they're just slow.]

Unlike the comment just after, which I've highlighted, which clearly met all the WUWT comment guidelines. At least, the unofficial ones which are actually implemented - the "official" ones are meaningless, of course. 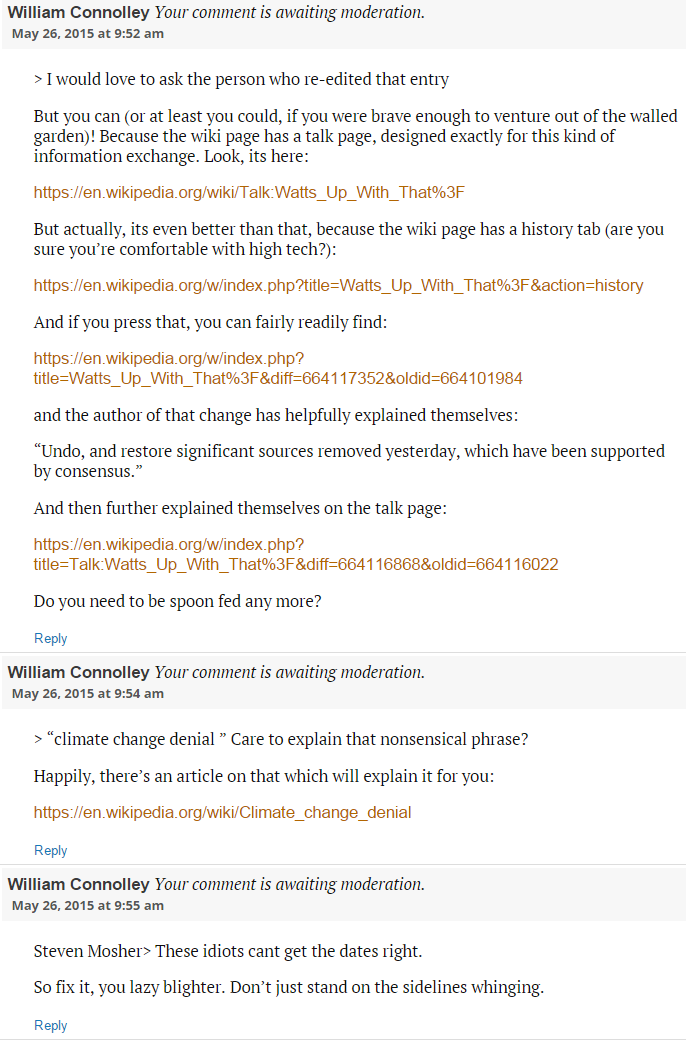